Be aware of the symptoms; unexplained cough, shortness of breath and chest pain.

If you have a persistent, unexplained cough, wheezing or chest pain, ask your doctor to check your lungs. 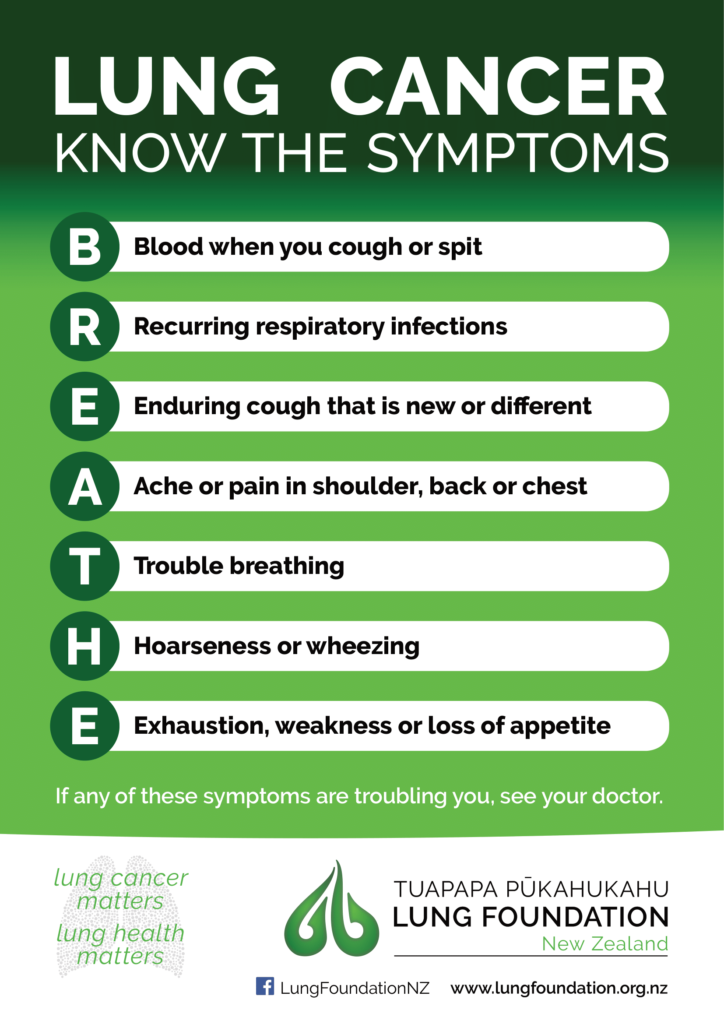 Lung Foundation New Zealand advocates on behalf of lung cancer patient’s for a state commitment to early detection and access to more effective treatments (including targeted therapies and immunotherapy) in the public health system.